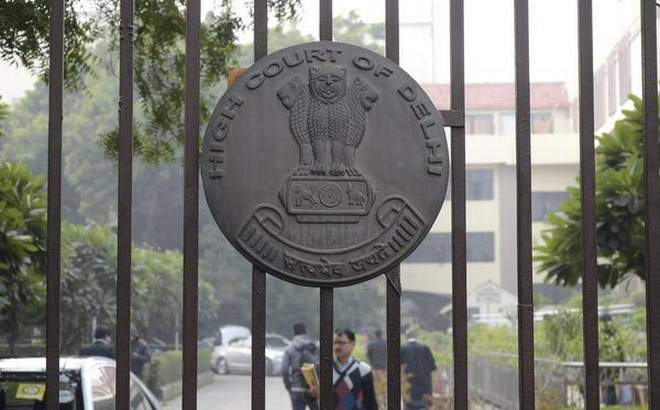 The bench said there was no evidence on record to sustain the conviction. The bench accepted the arguments of Ilyasi’s advocates Rajiv Mohan and Abhimanyu Kampani that the trial court had reached the conclusion of guilt of the accused based on conjectures and the conviction was not supported by material on record.

All you need to know:

Suhaib Ilyasi, Former Anchor, Producer & Director of India’s Most Wanted was facing life imprisonment for killing his wife Anju 18 years ago acquitted by the Delhi High Court on 05th of October 2018. Suhaib was earlier charged for “committing murder and giving it a color of suicide.”

India’s Most Wanted – The Show:

It was a crime busting fugitive hunter television show inspired from  British show Crimestoppers, its unique presentation style made  criminals being caught with the help of television, the show telecasted faces of the major criminals and mafia, the show became the reason of encounter of the entire Gang of Shri Prakash Shukla, a hitman based at Uttar Pradesh, with the help of the show many criminals were caught by the police in which local citizens informed about their locations, The Show was the biggest hit of its time, Sansani or Crime Patrol are all inspired by India’s Most Wanted whereas the big difference is Suhaib taken risk of life showing actual criminals and other shows only telecast what happened in a crime.

The show is considered to be the first and the biggest crime show on television in India. This program has shown live telecasts and helped police with 135 fugitives.

All About the Case: The Murder or Suicide:

Suhaib met Anju while studying at MCRC, Jamia Millia Islamia in 1989.  The marriage was opposed by the families; The Couple got married in London in 1993. 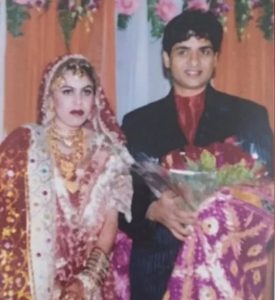 On 10 January 2000, Suhaib Ilyasi called two police constables who were guarding his house at 11:15pm, and told them that his wife had stabbed herself and asked them to call an ambulance. The policemen were there because Suhaib had claimed that he was getting death threats from the underworld due to his show. Anju was taken to a nearby nursing home and later to the AIIMS, New Delhi, where she was declared dead on arrival. Anju Ilyasi had died from excessive bleeding from wounds, which were described as self-inflicted in the initial forensic report, ruling out murder. The Central Forensic Science Laboratory report said that six fingerprint characters were found but 13 were required to match it to a person. Both the stab wounds were downwards and backwards, left to right on the accessible parts of the abdomen. The T-shirt she was wearing was not torn. Suhaib Ilyasi claimed that they were having an argument recently. He was playing with his child in another room, when Anju picked up an imported butcher’s knife and stabbed herself. Anju’s mother was in Canada at the time of death. Anju had visited her father hours before her death. On 17 January, police filed the case as a suicide.

Rashmi Singh, Sister of the deceased filed a police complaint stating therein that Anju was tortured for dowry and that she was driven to suicide. On 28 March, Suhaib Ilyasi was arrested and charged with dowry death (Section 304B of the Indian Penal Code), mental harassment (Section 498A) and destroying evidence (Section 201).

In January 2013, the Delhi High Court stopped the proceedings of medical board. The police had formed a new medical board, as the previous board was split on its opinion whether it was murder or suicide. Defence  counsel argued that the police had formed the new board without permission from the trial court, thus it was contempt of court In March 2013, the Delhi High Court stayed the proceedings. The case was tried at a session court under section 498A/304B/302 IPC. After the trial court rejected the plea twice for charges of murder to be added against Suhaib Ilyasi, Anju’s mother Rukma Singh moved the Delhi High Court in 2011. The murder charge was added in 2014.

On December 16, 2017, convicted Suhaib Ilyasi for Murder,  On 20 December 2017, Court pronounced its judgment,  Suhaib  was convicted of murdering his wife by  court, which sentenced him to life imprisonment.

On 5 October 2018, Delhi High Court acquitted him, stating that there was no evidence against him on record to sustain the conviction.

“The bench said there was no evidence on record to sustain the conviction. The bench accepted the arguments of Ilyasi’s advocates Rajiv Mohan and Abhimanyu Kampani that the trial court had reached the conclusion of guilt of the accused based on conjectures and the conviction was not supported by material on record.”

In This entire episode, the unfortunate part played by Media to increase TRP, the Show namely Crime Patrol telecasted the murder conspiracy theory as real after the conviction by Sessions Court, but appeal was pending, The TV Shows should take caution unless the Courts do not conclude the case.