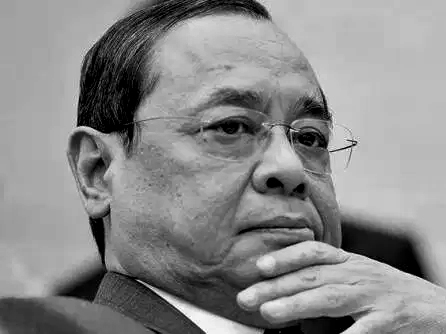 The Legal Fraternity warmly welcomes Justice Ranjan Gogoi as the 46th Chief Justice of India and the First CJI from Assam region.

On 03rd October 2018, at the age of 63 Years Justice Gogoi appointed as CJI, his tenure shall  His tenure will end next year in November 2019.

Justice Gogoi is among those 4 Justice of the Supreme Court of India, who appeared before the media on 12th January 2018 and been into controversy thereafter.

In a recent lecture, Justice Gogoi had said the country needs independent journalists and “noisy judges”.

“In ensuring the rule of law, the most significant part is perhaps played by the lawyers. I am not sure whether we give due expression to our gratitude to the legal profession. Judges often shine with reflected glory. A good many of the judgments reveal not so much of the legal vision of the judge as of the counsel who argued the case and assisted the judge by forensic arguments in preparing that judgment,” Justice Gogoi quoted Justice Khanna in a recent event. ( Source : Indian Express)

Justice Gogoi expressed concern over the pendency of cases in courts, saying “it has the potential of making the system irrelevant”.

About Pendency, Justice Gogoi said, “is bringing a lot of disrepute”. So much so that “the accused in a criminal case is getting a hearing after he has served out his sentence”, and “the parties in a civil proceeding are getting their judgments in the second or third generation.”

Seems like  Justice Gogoi may hear too many  Political cases as the term of the CJI is the time when there will be too much ups and down in the political arena.

In his tenure as a senior judge of the apex court, Justice Gogoi delivered landmark judgments including Assam’s National Register of Citizens (NRC), setting up of special courts to exclusively try MPs and MLAs, Rajiv Gandhi assassination case convicts for the remission of their life sentences and appointment of anti-corruption ombudsman Lokpal among others.

To speedup cases steps taken on the first day by the CJI are:

We at Legal Experts India  congratulate him for his success.

'Justice Ranjan Gogoi, sworn in as new Chief Justice of India : Few Words' has no comments