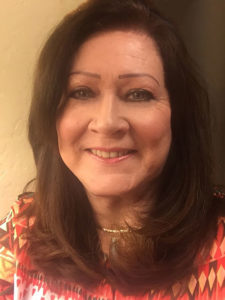 “This article summarizes many of the common psychological and emotional effects divorce has on men, women and children. The divorce rate in the United States is the highest in the world. This article is not conclusive and only gives some of the effects known to effect family members when getting divorced and seeking child custody.”

DIVORCE EFFECTS AND PREVALENCE:
It may be helpful to understand a little about divorce and the typical effects it has on men, women and children:

*The divorce rate in the United States is the highest in the world. Fifty percent of marriages end in divorce. Sixty-seven percent of all second marriages end in divorce. *As high as these figures are, what is also true is that the divorce rate appears to be dropping. The reasons for this change are not clear. Many people cannot afford to divorce, many people cannot afford to marry. Another reason is that “baby boomers,” who account for a large proportion of our population are no longer in their 20s and 30s, the ages when divorce is most prevalent. The societal expectation is that divorced life is less satisfying than married life.

*Divorce is associated with an increase in depression–people experience loss of partner, hopes and dreams, and lifestyle.

*The financial reality of divorce is often hard to comprehend: the same resources must now support almost twice the expenses. Divorce is expensive. Aid for Dependent Children (AFDC) resources are drained by the needs of divorced and single parent families; including the cost of collecting child support

*Fifty percent of all children are children of divorce.

*Twenty-eight percent of all children are born of parents who have chosen not to marry.

Effects of Divorce on Children

In the last few years, higher-quality research which has allowed the “meta-analysis” of previously published research has shown the negative effects of divorce on children have been greatly exaggerated. Researchers now view conflict, rather than the divorce or residential schedule, as the single most critical determining factor in children’s post-divorce adjustment. The children who succeed after divorce, have parents who can communicate effectively and work together as parents In the past we read that children of divorce suffered from depression, failed in school, and got in trouble with the law. Children with depression and conduct disorders showed indications of those problems pre-divorce because there was parental conflict pre-divorce.

Actually, children’s psychological reactions to their parents’ divorce vary in degree dependent on three factors: (1) the quality of their relationship with each of their parents before the separation, (2) the intensity and duration of the parental conflict, and (3) the parents’ ability to focus on the needs of children in their divorce and after.
New evidence indicates that when children have a hard time, boys and girls suffer equally; they just differ in how they suffer. Boys are more externally symptomatic than girls, they act out their anger, frustration and hurt. They may get into trouble in school, fight more with peers and parents. Girls tend to internalize their distress. They may become depressed, develop headaches or stomach aches, and have changes in their eating and sleeping patterns. However there are exceptions to every rule.

A drop in parents’ income often caused by the same income now supporting two households directly affects children over time in terms of proper nutrition, involvement in extracurricular activities, clothing (no more designer jeans and fancy shoes), and school choices. Sometimes a parent who had stayed home with the children is forced into the workplace and the children experience an increase in time being alone or in child care.
A child’s continued involvement with both of his or her parents allows for realistic and better balanced future relationships. Children learn how to be in relationship by their relationship with their parents. One important factor which contributes to the quality and quantity of the involvement of a father/mother in a child’s life is mother’s/father’s attitude toward the child’s relationship with mother/father. When fathers leave the marriage and withdraw from their parenting role as well, they report conflicts with the mother as the major reason.
The impact by the introduction of stepparents is another factor for children. No one can replace Mom or Dad. And no one can take away the pain that a child feels when a parent decides to withdraw from their lives. Before embarking on a new family, encourage family to do some reading on the common myths of step families. Step family relationships need to be negotiated, expectations need to be expressed, roles need to be defined, realistic goals need to be set.

Joan Kelly, PhD, former president of the Academy of Family Mediators and prominent divorce researcher from California reports that, depending on the strength of the parent-child bond at the time of divorce, the parent-child relationship diminishes over time for children who see their fathers less than 35% of the time. Court-ordered “standard visitation” patterns typically provide less.

Divorce also has some positive effects for children. Single parents are often closer to their children than married parents. But we don’t want to “adultify” a child. Children must be allowed a childhood. Also a negative is when a child takes on too much responsibility because one or both parents are not functioning well as a parent, or when a parent talks to a child about how hurt they are by the other parent, or how horrible that other parent is. Often a separated parent will make an effort to spend quality time with the children and pay attention to their desires (Disneyland, small gifts, phone calls, etc). And you can imagine that some children might find some benefit in celebrating two Christmases and birthdays each year. If both parents remarry, they may have twice as many supportive adults/nurturers. At the very least, when parents can control their conflict, the children can experience freedom from daily household tension between parents.

EMOTIONAL STAGES OF DIVORCE:
The decision to end a relationship can be traumatic for everyone involved, chaotic, and filled with contradictory emotions. There are also specific feelings, attitudes, and dynamics associated with whether one is in the role of the initiator or the receiver of the decision to divorce. For example, it is not unusual for the person wanting the divorce to experience fear, relief, distance, impatience, resentment, doubt, and guilt. Likewise, when a party has not initiated the divorce, they may feel shock, betrayal, loss of control, victimization, decreased self-esteem, insecurity, anger, a desire to “get even,” and wishes to reconcile.
To normalize family members experiences during this time, it may be helpful to know that typical emotional stages have been identified with ending a relationship. It may also be helpful to understand that marriages do not breakdown overnight; the breakup is not the result of one incident; nor is the breakup the entire fault of one party. The emotional breaking up process typically extends over several years and is confounded by each party being at different stages in the emotional process while in the same stage of the physical (or legal) process.

It is also quite normal to do different things to try to create distance from the former partner while divorcing. A common response to divorce is to seek vengeance. When parties put their focus on getting even, there is an equal amount of energy expended on being blameless. What’s true is that blaming and fault finding are not necessary or really helpful. Psychologist Jeffrey Kottler has written a very helpful book on this subject entitled Beyond Blame: A New Way of Resolving Conflicts in Relationships, published by Jossey-Bass.

Much of everyone’s healing will involve acceptance, focusing on the future, taking responsibility for their own actions (now and during the marriage), and acting with integrity. Focusing on the future they would like to create may require an acknowledgment of each other’s differing emotional stages and a compassionate willingness to work together to balance the emotional comfort of both parties.

The following information on the emotional stages of ending a relationship:

Why is mediation a compassionate and appropriate venue for helping people in divorce? On the average, it takes family members approximately four to eight years to recover from the emotional and financial expense of a bitter adversarial divorce. In an adversarial divorce, there is no possible resolution of the emotional issues, only decreased trust and increased resentment.

A litigated divorce can cost each party $5,000 to $85,000 or more. The focus is on assigning blame and fault and trying to get the most powerful position (changing locks, freezing bank accounts, getting temporary custody of the children). Communications between parties break down. Negotiations proceed through attorneys and are strategic and positioned. Attorneys have an ethical responsibility to zealously advocate for the best interest of their client. Often there is no consideration of the best interests of the children or recognition for the need for parties to have an ongoing relationship because they have children, friends, extended family, and community together. Going to court is an expensive risk; a judge who does not know you makes decisions for you that will affect your whole life.
Mediators can save clients thousands of dollars in immediate and future legal and counseling fees. Mediators can focus parties on creating their best possible future and help parties resolve their emotional issues for the best interests of their children and their own psychological well-being. Mediators can help parties feel understood, accept responsibility for the failure of the marriage and, when there are children, begin to reshape their relationship from one of partners to co-parents. Mediators can empower clients by helping them be at their best (rather than their worst) during a challenging time in their lives, enable them to have an active role in their separating (creative choice vs. court imposition), create a clear and understandable road map for the future, make informed decisions, and to look back at their behavior in the mediation of their divorce with integrity and self-respect.

TYPICAL REACTIONS OF CHILDREN TO DIVORCE:
Much of children’s post-divorce adjustment is dependent on (1) the quality of their relationship with each parent before the divorce, (2) the intensity and duration of the parental conflict, and (3) the parents’ ability to focus on the needs of the children in the divorce.

Children may regress to an earlier developmental stage. They may do some “baby-talk” or wet their beds. Have enuresis and encopresis. Children may become “parentified” or “adultified” by parents and focus on what they perceive to be the emotional and physical needs of their parents.

In summary, expect that children will test a parent’s loyalty, experience loyalty binds, not want to hurt either parent, force parents to interact because they don’t want the divorce, try to exert some power in the situation, express anger over the divorce, occasionally refuse to go with the other parent (normal divorce stress, loyalty conflict/triangulation, or they may simply not want to stop doing what they’re doing at the moment–similar to the reaction we’ve all gotten when we pick our children up from child care, or we want to go home from the park).

The most common problem which comes up are due to triangulation, divided loyalties, and projection. Some indicators of each are:

Signs of Stress in Children:

Disclaimer: This Article is based upon the data of United States only, Reposted Article with prior consent of the author, original article available at :  https://theccbi.com/psychological-and-emotional-aspects-of-child-custody-battles-and-divorce-by-kathie-mathis-psy-d/